Domestic violence comes in many forms –physical, verbal, emotional, and financial.  According to mark., ‘studies show that 1 in 4 woman will be abused by a partner in their lifetime’ and ‘currently 1 in 5 teens in a serious relationship reports being physically abused by a partner’.

mark., the beauty and fashion brand, that is all about empowering young women in both their careers and social lives, decided to take action.  In September of 2008, mark. launched their m.powerment campaign to help raise awareness and break the cycle of dating abuse and relationship violence.  The m.powerment collection, which donates all the net proceeds to the cause, consisted of the Have a Heart Necklace ($22), and Glow Baby Glow Hook Up Lip Glosses in m.powerment shades ($6) has since raised over $400,000. 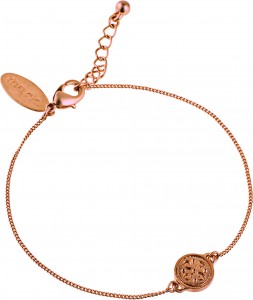 The two, alongside Peer Educator, Kristen DeFur from the Healthy Relationship Training Academy of New York City sat on a panel for a Q&A Session to answer questions and stress that help is available.  Since domestic violence comes in multiple forms it’s important to trust your instincts and seek help immediately if you feel you’re a victim of abuse.  The most important thing is to get out of the relationship safely, and although that may seem impossible for many, counselors are