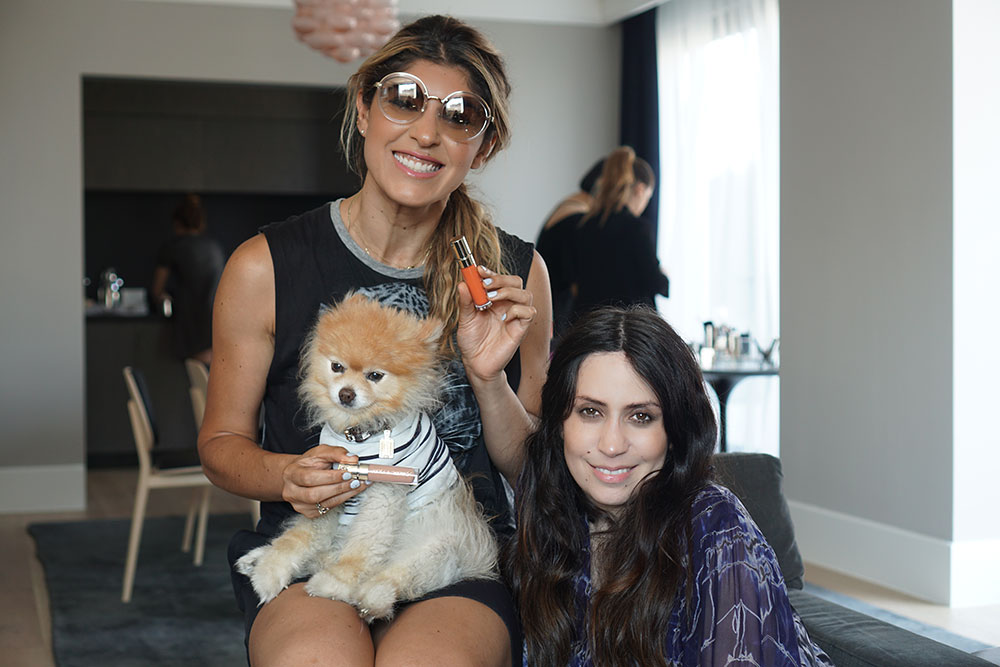 Confession: I have a major girl crush on Dineh Mohajer. She’s the co-founder of Smith & Cult but also fun fact… the original founder of Hard Candy, and those pastel square nail polishes with the gummy rings on top, which I used to compulsively buy at Urban Outfitters as a teenager — so the inner teenager in me actually freaks out every time she’s in town and I get to share the same air space as her. Since she sold it to LVMH, it’s a totally different brand now with meh packaging, she launched her newer venture of Smith & Cult in 2014. Originally a nail polish brand (their packaging is epic!), they launched lip and eye over the past year and this year expanded into face! Their top sellers are actually The Tainted Lip Stain shade, Kissing Tiny Flower, followed by 1972, the rose gold nail polish that made headlines for them (Byrdie reported it sold out in less than 8 hours for them). 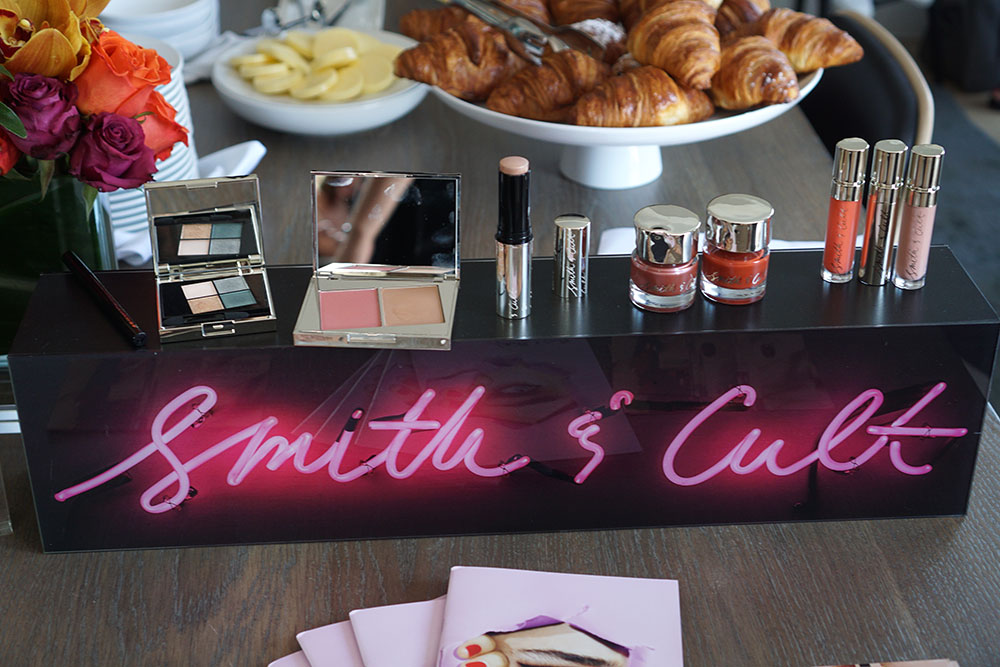 I recently joined Dineh and the team in NYC to celebrate and play with their new Fall 2017 collection. This collection features all new shade extensions in almost all of their existing categories, which is super exciting. I’ve only played with half the collection, the rest I swatched at the event for sneak peek at what’s to come later this month! 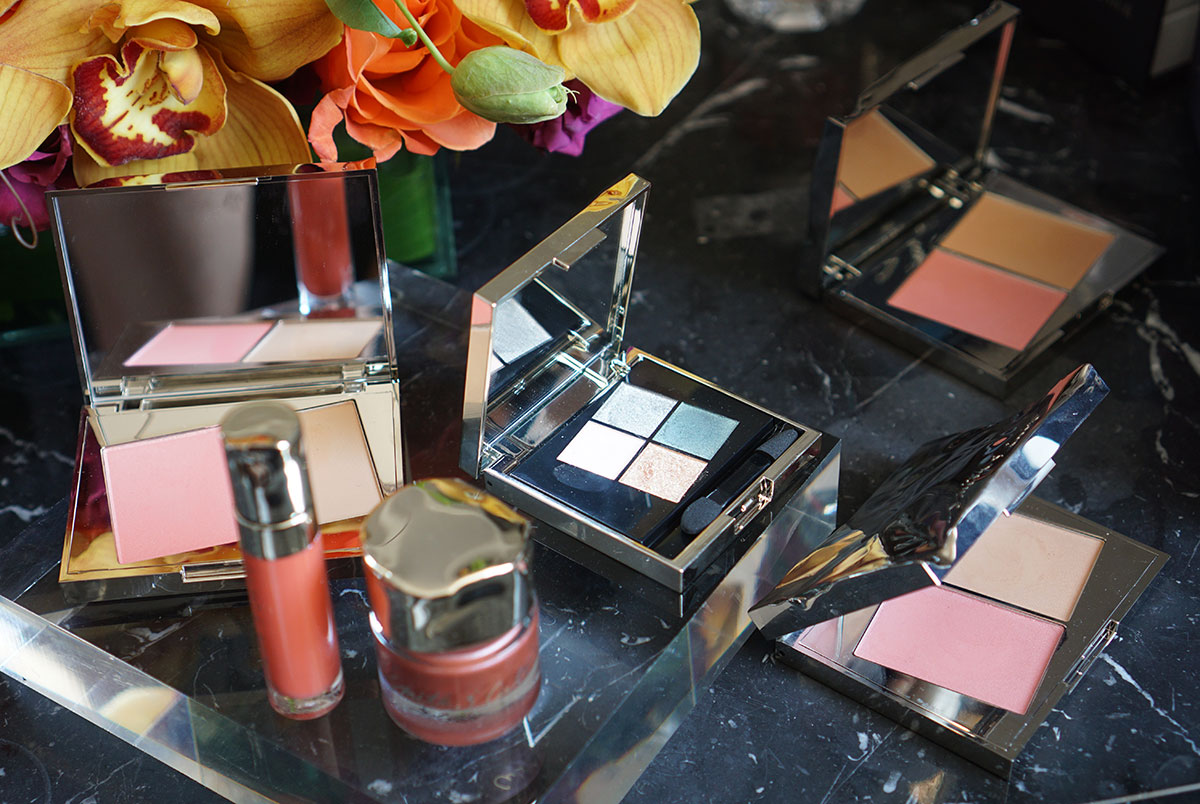 A blush and bronzer duo that features a rosette shade and a toasted taupe for a vibrant and glowing complexion. Full disclosure, I only played with this at the event so I don’t have an official opinion yet but I did get to swatch it!

END_OF_DOCUMENT_TOKEN_TO_BE_REPLACED

Urban Decay turns up the Heat 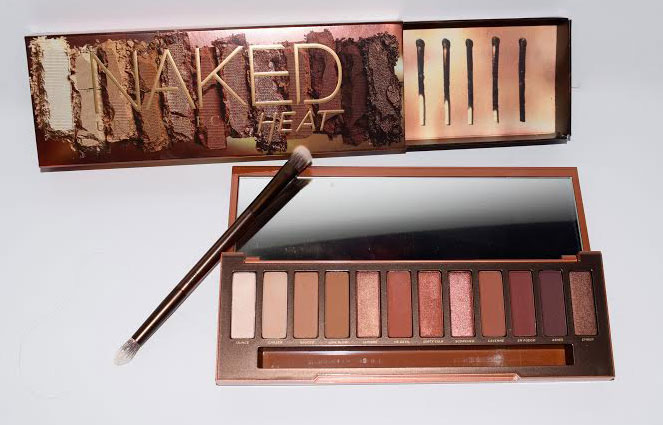 Urban Decay is seriously turning up the heat on their beloved Naked eyeshadow collection with their latest ‘Heat’ palette.  The fiery eyeshadow palette includes 12 brand new shades including 7 matte colors and 5 shimmering pigments. The colors range from amber-hued neutrals, burnt oranges and reddish browns to glimmering coppers and sultry bronzes.

END_OF_DOCUMENT_TOKEN_TO_BE_REPLACED

All about that plastic… 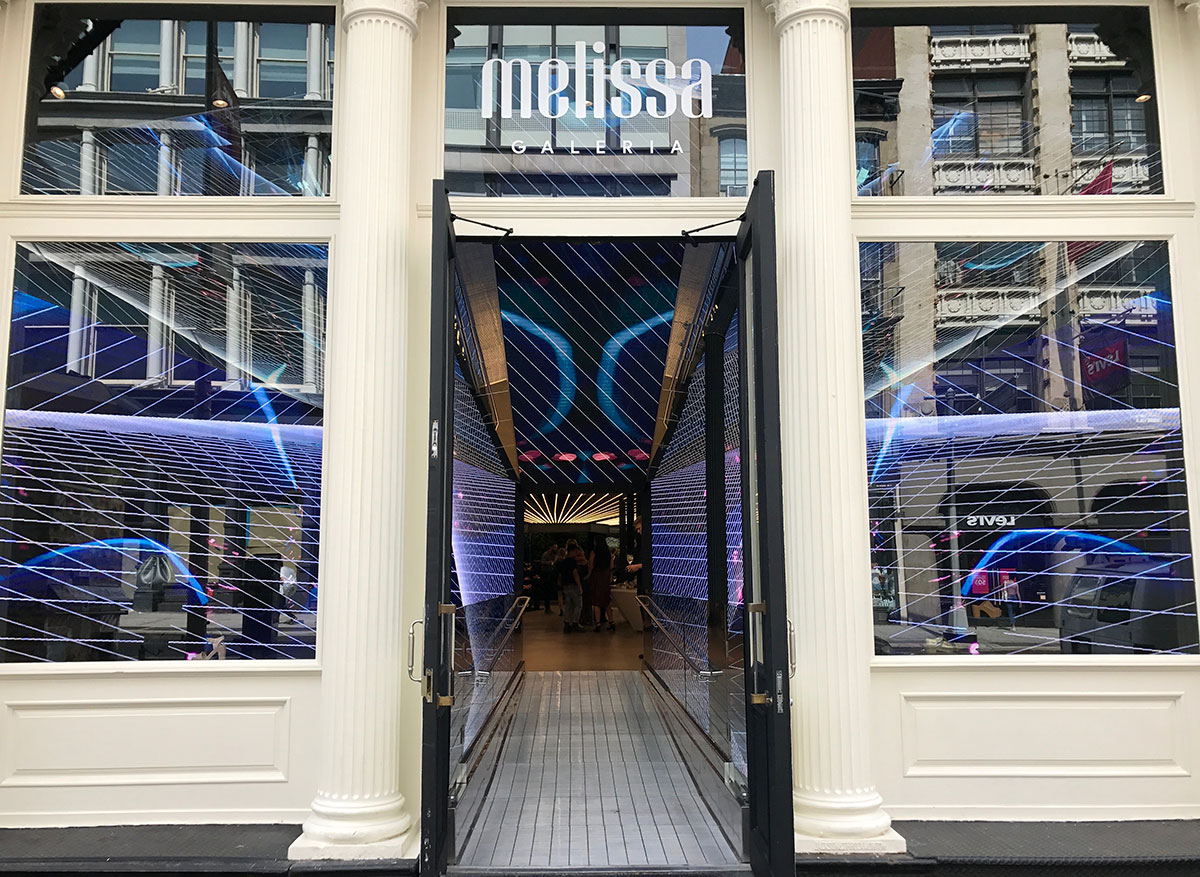 Melissa Shoes moved around the corner in from their location on Greene Street to the booming block on Broadway. And lets just say the new store is on a whole new level of cool. They adopted an experiential store concept that features part boutique and part art gallery. This larger flagship location is chalk full of unique and engaging decor, from the fixtures to the live green wall and my personal favorite, the infinity room — mirrors everywhere (hello selfie opportunity!). 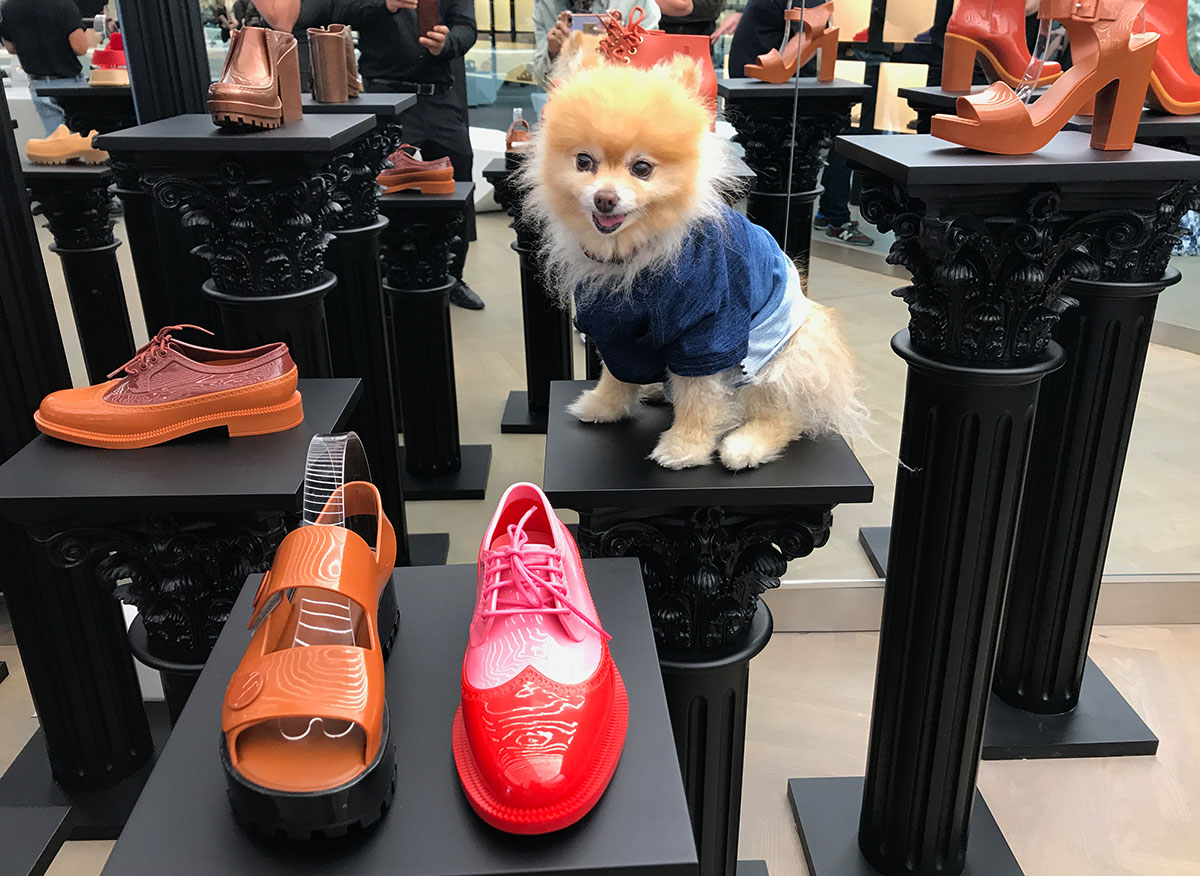 While there was no shortage of designer plastic, rain shoes, flip flops, platforms and everything in between that I wanted, I opted for the Melissa Shoes x Vivienne Westwood Anglomania + Chelsea Boots at the opening and am obsessed!!!!

Like their other Galeria locations around the world, the store will stock styles from Melissa’s main women’s collection, as well as their infamous designer collaborations with brands including Vivienne Westwood, Jason Wu, Jeremy Scott…

END_OF_DOCUMENT_TOKEN_TO_BE_REPLACED

GH Kitchen of the Future with Debi Mazar and Gabriele Corcus 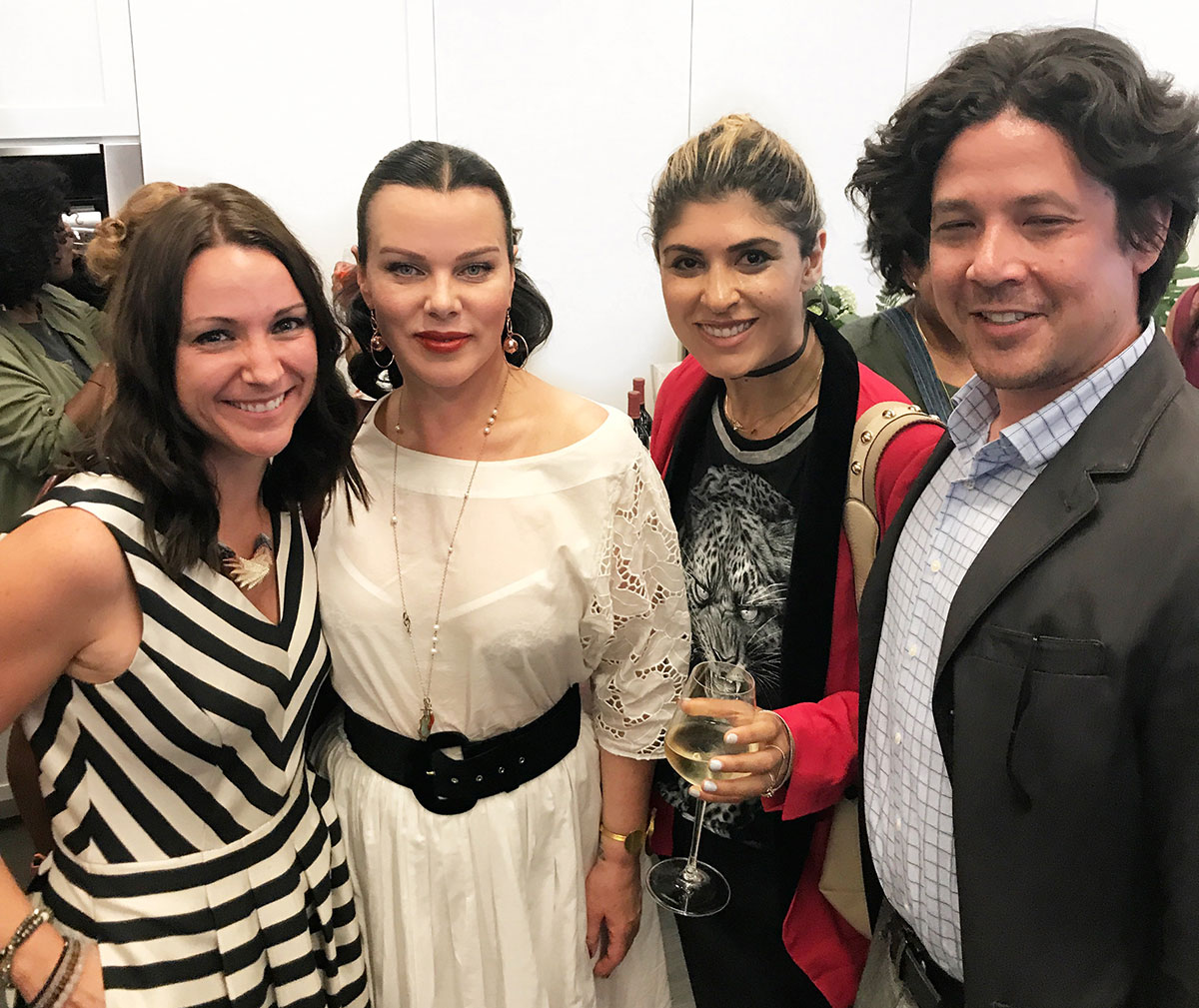 Getting back from Greece, I had major Mykonos withdrawal. Being pampered with the great food, beaches (Jackie O Beach is paradise), and riding around on my ATV and spending an unforgettable week with Patricia Field and all of her friends, including Debi Mazar — I was literally living the dream. So when I landed in New York and saw that Debi Mazar and her husband, Gabriele Corcos, who have the cooking show, Extra Virgin on the Cooking Channel, were hosting the launch of the Good Housekeeping Kitchen, I was so there! I’m launching a new venture soon, so being in the presence of strong, ambitious woman, who continue to push boundaries and aren’t boxed in is really important to me. Debi Mazar who in addition to being a mom, author, and having a cooking show (and literally 1,000 other accolades), she also stars on the hit show Younger, which probably the only perk of coming home from Greece was getting to binge the 4th season. Head to the bottom of this post for the Q&A with Debi and her husband talking cooking, tech and the new season of Younger.

END_OF_DOCUMENT_TOKEN_TO_BE_REPLACED 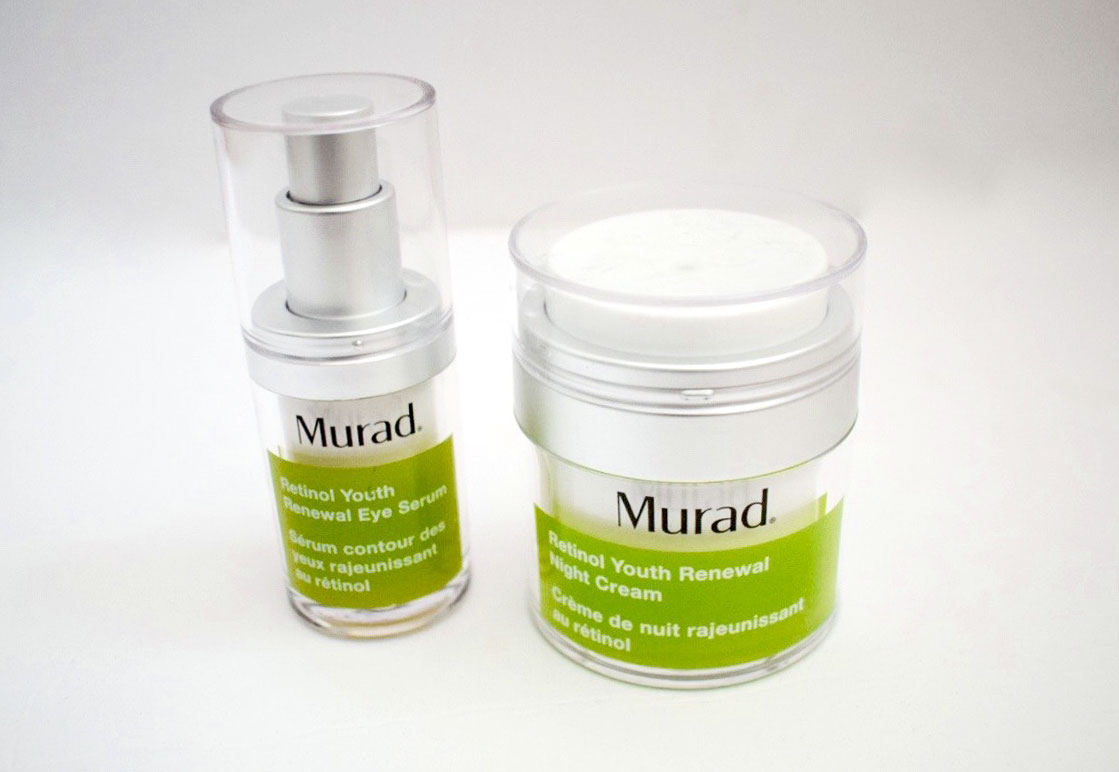 Probably one of the biggest perks of the job is getting to meet with some of our favorite brands and see products that aren’t even out yet! We’re big fans of Dr. Murad, and the skincare brand which is adding some new products to their powerhouse Resurgence collection! Thanks to their breakthrough Tri-Active technology, their new Retinol Youth Renewal products contain a fast-acting retinoid that accelerates anti-aging results by giving your cellular turnover a super boost. Allow me to decode: Basically its time released retinol that acts like a magnet to enhance your skin’s receptivity to the benefits of retinol. So not only are you getting a product formulated with retinol, you’re getting a product that helps your skin enhance the effects of it! And we’re all about Retinol at night so color us excited! The new launch includes a Retinol Youth Renewal Night Cream and the Retinol Youth Renewal Eye Serum, as well as a new one-of-a kind product.

END_OF_DOCUMENT_TOKEN_TO_BE_REPLACED 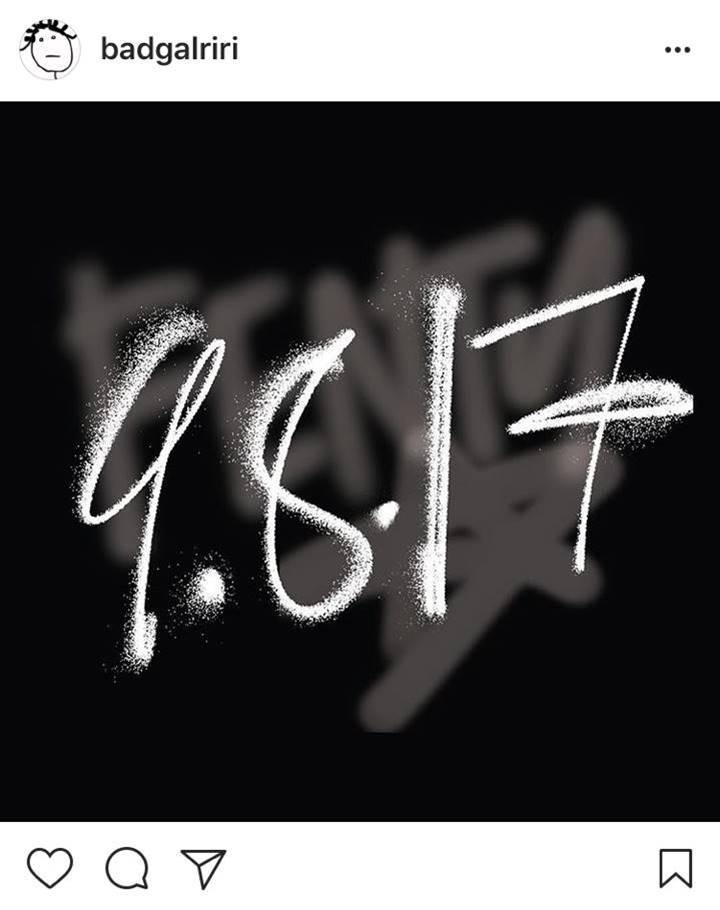 Rihanna pretty much summed it up on her instagram that come Friday, September 8th, 2017 Fenty Beauty will be launching exclusively at Sephora, Sephora.com and FentyBeauty.com.

I also may or may not have seen the packaging during Paris Fashion week. If I did it may look something along the lines of KKW Beauty meets pastel packaging if I’m correct. I was awkwardly peaking it in a certain makeup artists collection (all the while freaking out!). For all I know I could be totally wrong, I do after all have the memory of a 5 year old. Lets see if I’m right come September. I’m excited! 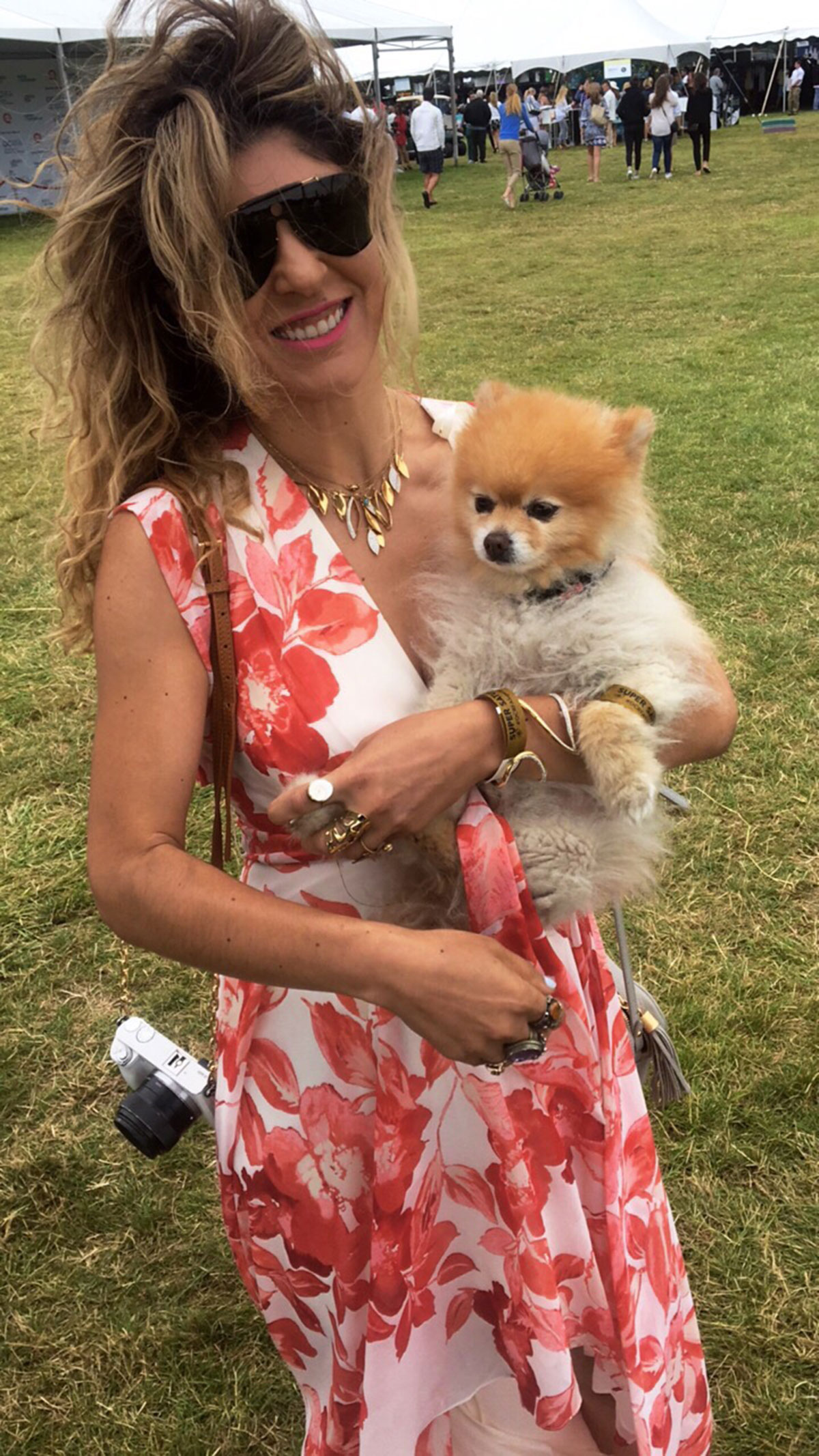 I’m so happy I got back from Greece in time to make it to the Hampton for Super Saturday with OCRFA, the largest global charity making advances in ovarian cancer research. It’s by far my most favorite shopping day of the year with all of the proceeds going to Ovarian Cancer Research!

END_OF_DOCUMENT_TOKEN_TO_BE_REPLACED 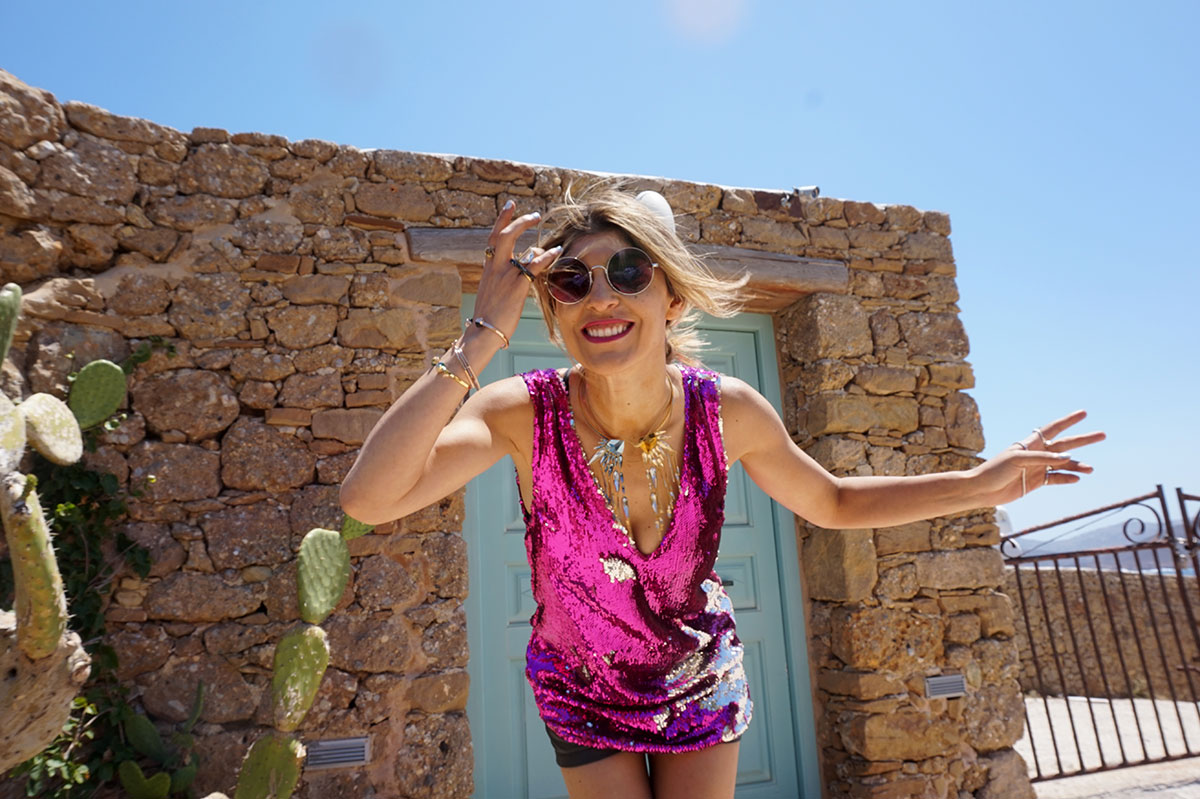 I don’t know what to say except island life is really agreeing with me. I don’t know that I’ve ever been so relaxed. Mykonos really agrees with me. I have no concept of what time it is or even what day it is. Patricia Field threw the most fabulous party and runway show for her ARTFASHION x Apostolos Mitropoulous collaboration on the island (I’ll be posting the video and images shortly), and she’s been the most amazing host. 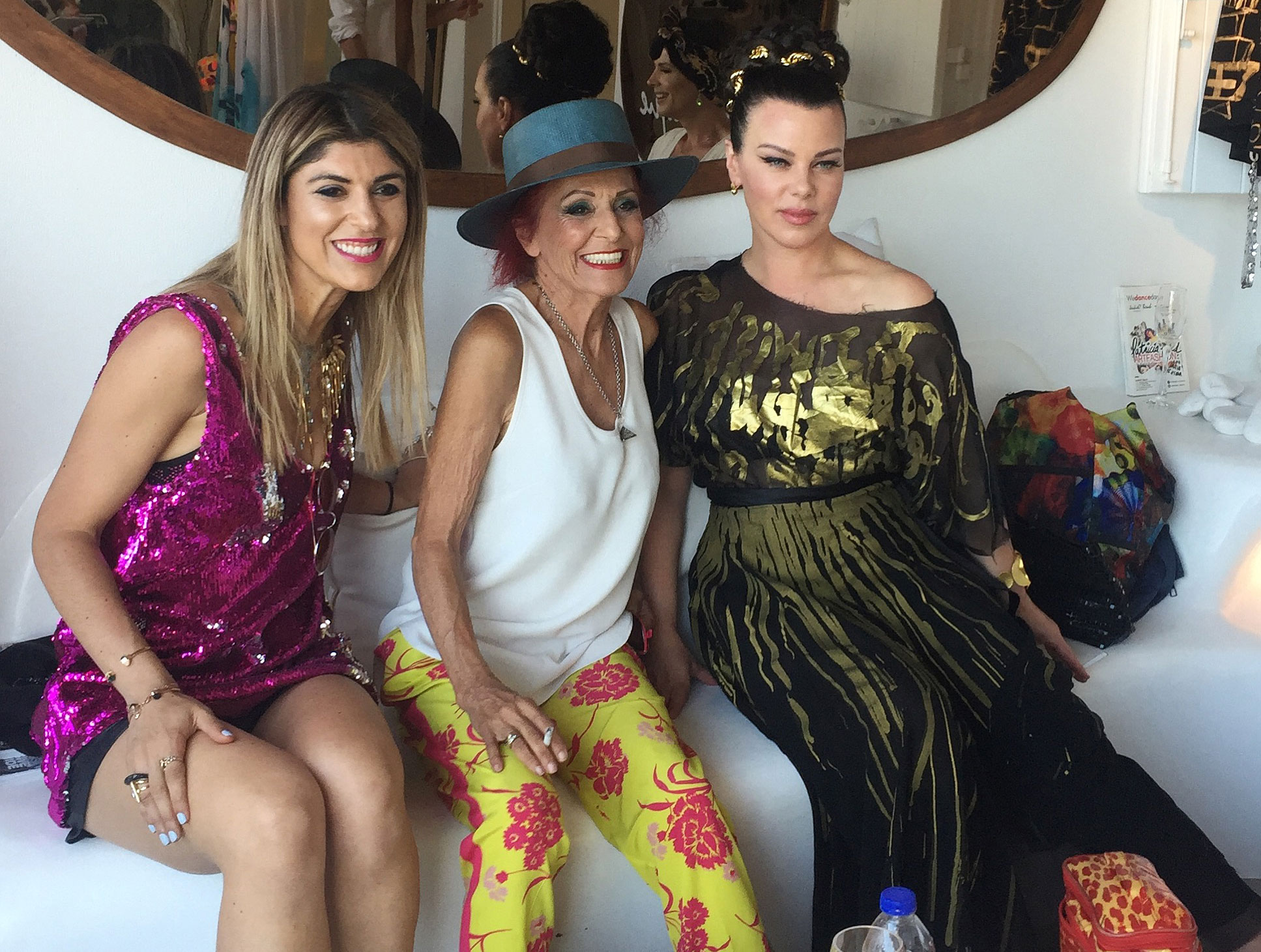 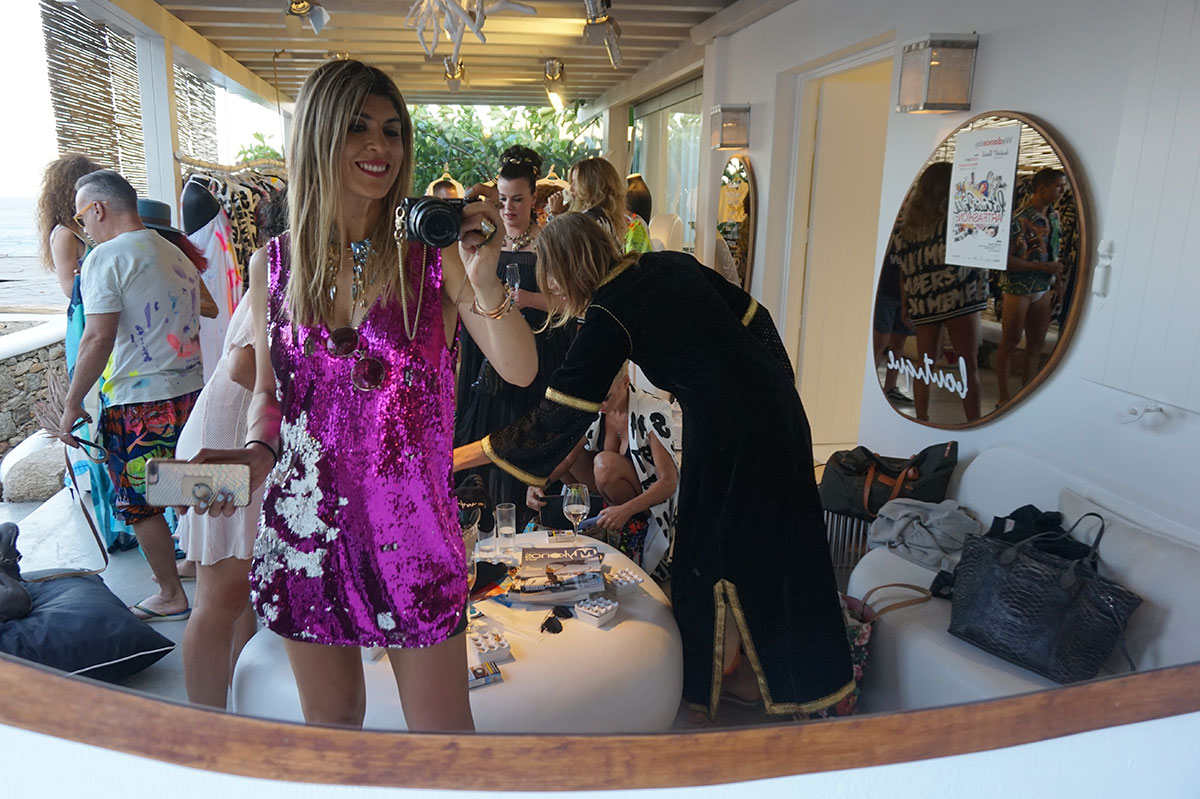 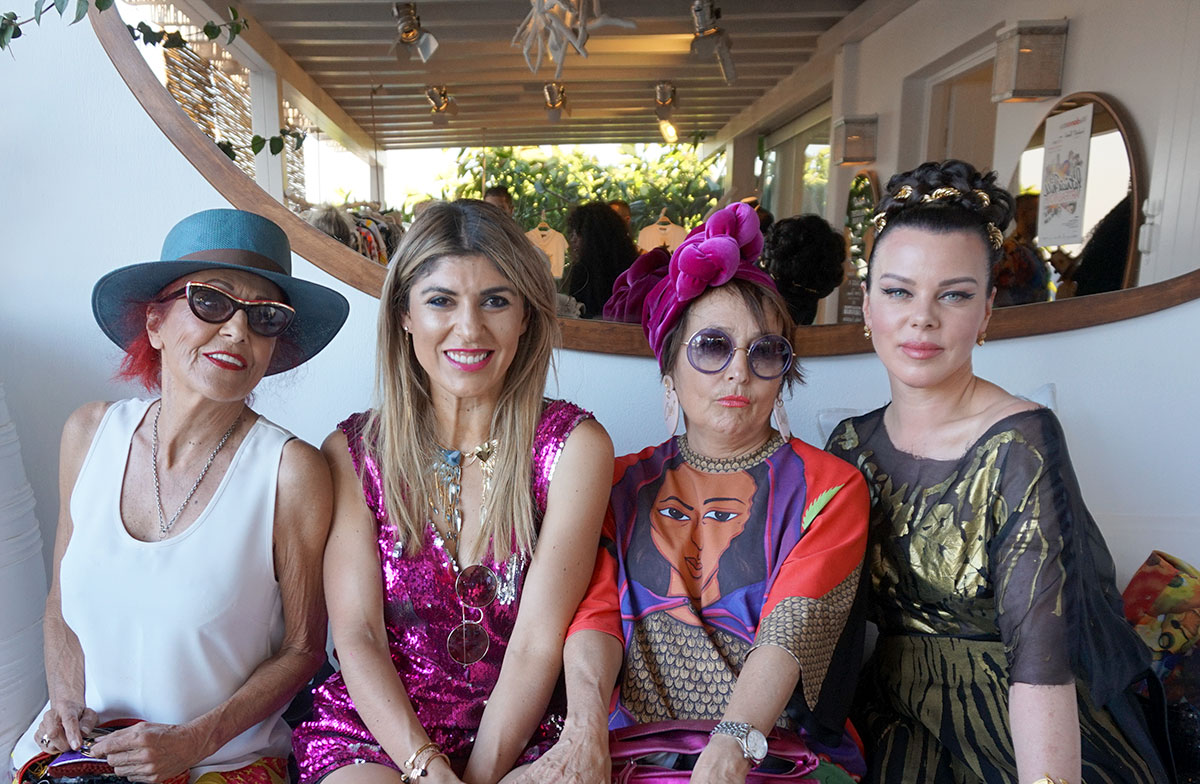 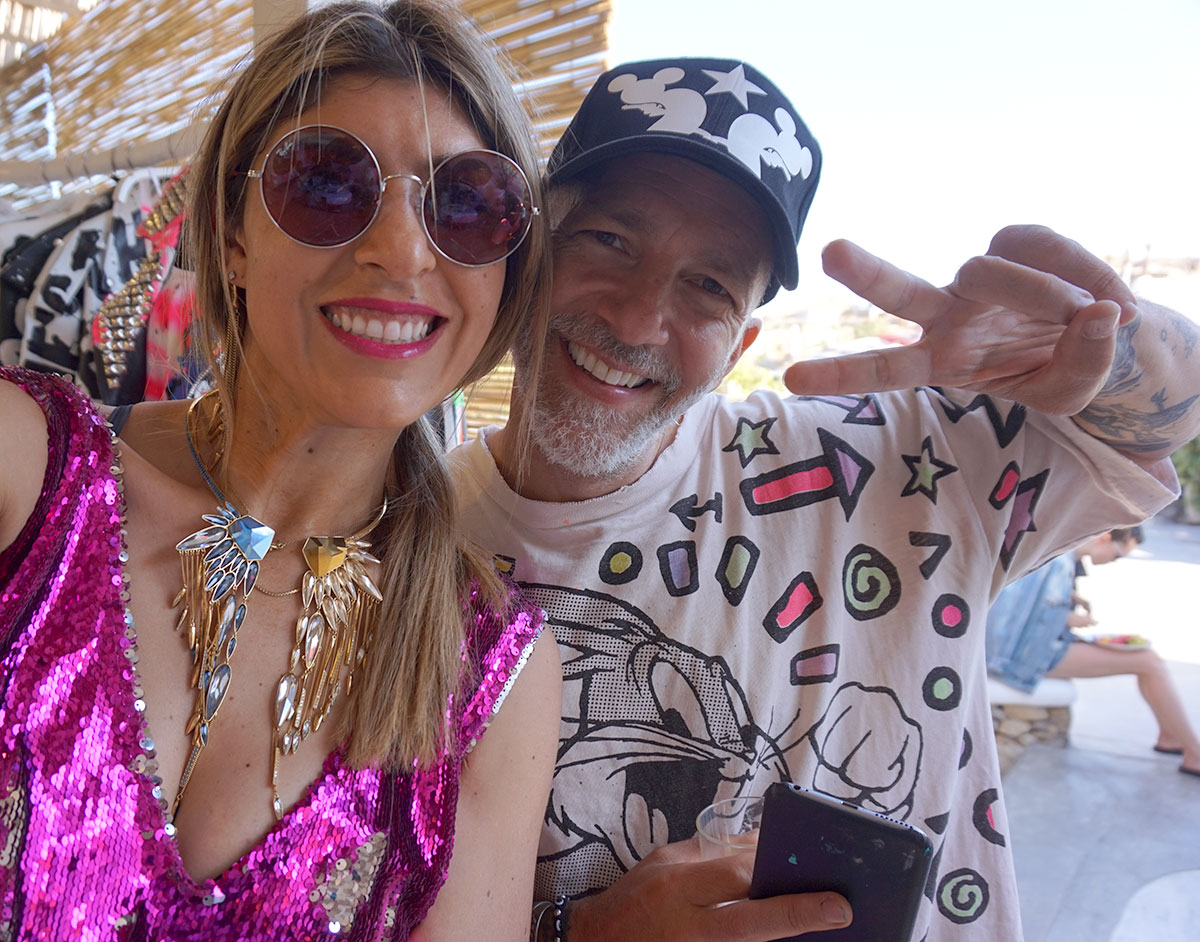 Her friends are incredible, full of life and just so happen to have the best taste in restaurants — great food with exceptional views of the water. Speaking of her friends, Darren Star and Debi Mazar came from filming the finale of Younger to be at the show (are you all watching? Because it’s one of the best comedy shows out right now, plus Patricia Field is styling it!). And yes, Debi Mazar

END_OF_DOCUMENT_TOKEN_TO_BE_REPLACED 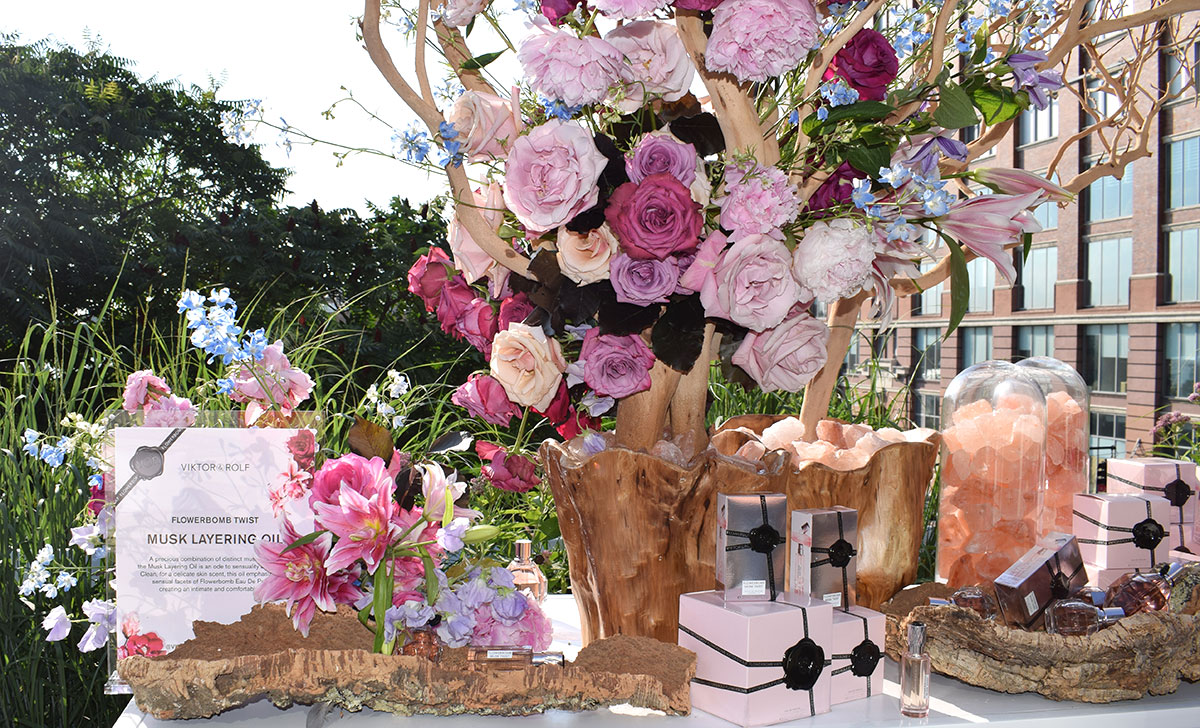 Calling all Flowerbomb fragrance lovers! Viktor and Rolf’s iconic fragrance is now customizable, thanks to the launch of their new Flowerbomb Twist layering perfume oils. Surrounded by some of the most beautiful flower arrangements imaginable, we joined the brand for their NYC launch party at the Highline to test out their new layering oils.

END_OF_DOCUMENT_TOKEN_TO_BE_REPLACED

It’s always humbling to get quoted and give advice in some of my favorite online publications. So, while I’m currently cruising in Greece with Patricia Field (I know, major!) — you can follow my adventures on @prettyconnected, here’s some light reading, talking Instagram tips and makeup removers and my segment on Extra, I’m so excited about! 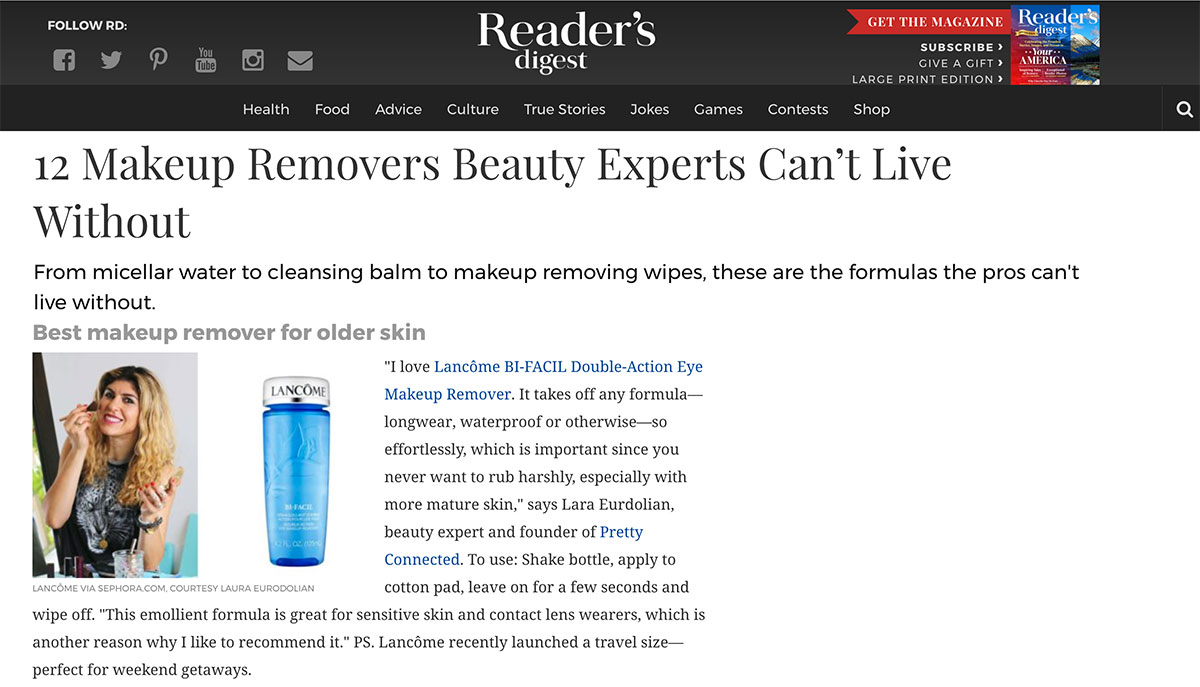 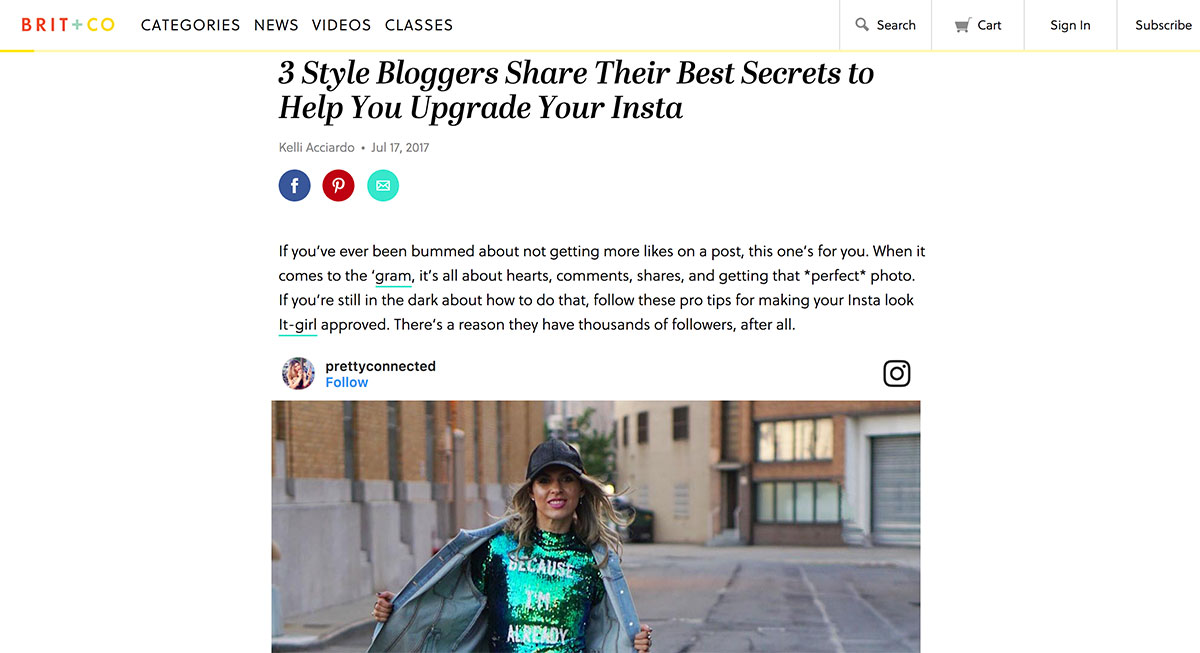 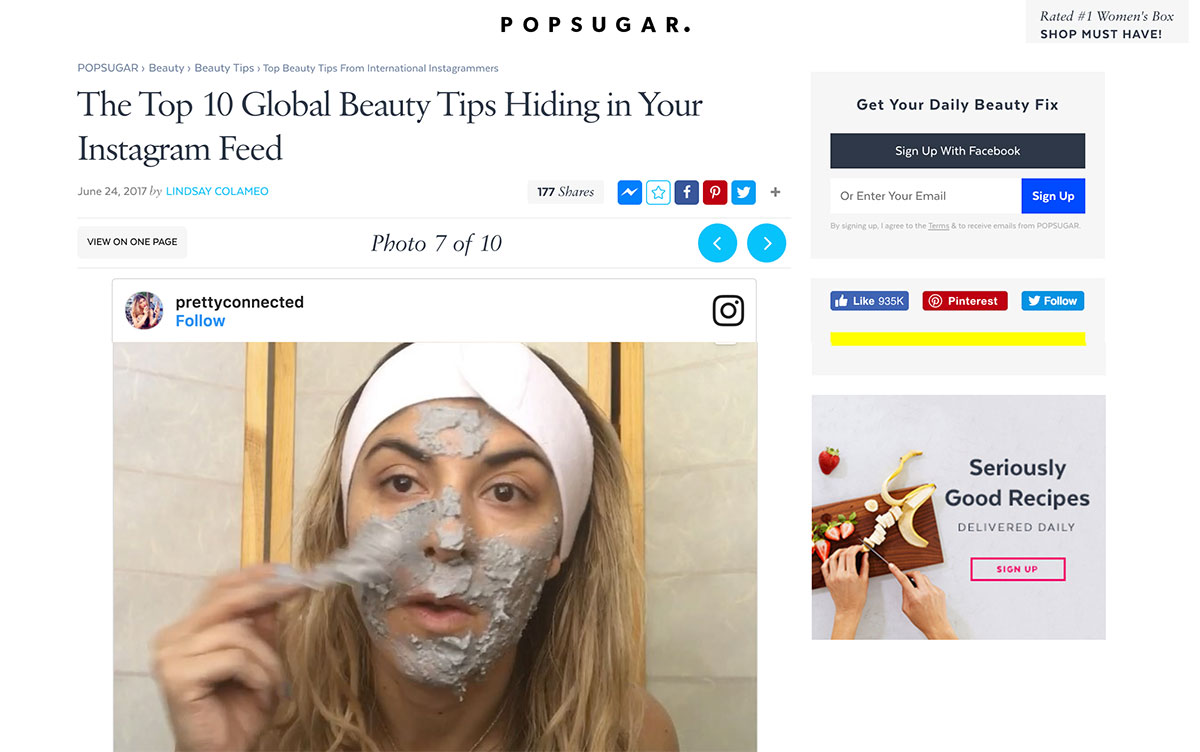 The Top 10 Global Beauty Tips Hiding in your Instagram Feed