Based on the popular social media handle @choupettesdiary bringing to life the persona of Karl Lagerfeld’s cat Choupette, here’s the 411 on New York Fashion Week straight from the cat’s mouth.

I attended NYFW this week incognito so I didn’t show any of the other street style stars up. During my trek across New York – and by trek I mean in a private car – I was privy to a few awe-inspiring shows. That is, “awe-inspiring” for New York; we aren’t talking Paris or London here. 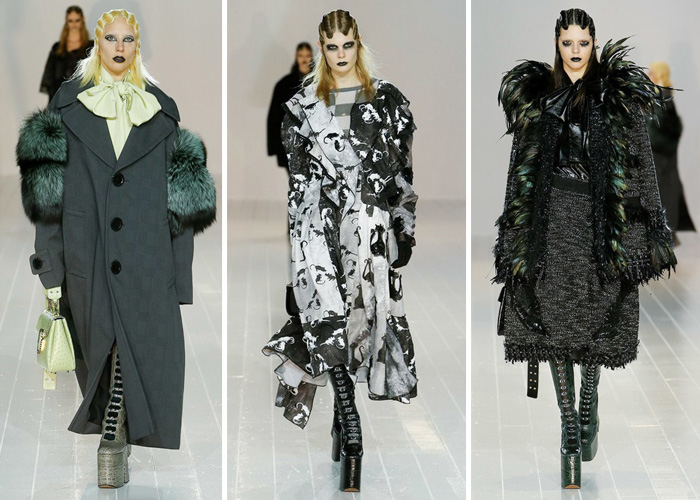 What happens when a 20’s Flapper meets a 60’s grunge rocker in a post-apocalyptic world? Marc Jacobs brought a gothic fantasy to the Park Avenue Armory where he transformed the space into a lacquered white circular room with stadium seating. Models teetered in lace-up platform boots, wearing oversized coats with fur patches, pussy-bow blouses, spliced sweatshirts and band jackets adorned with perforated leather flowers, mixed-up polka dots, and my favorite: the stinky rat and cat motif. Layered in dark hues, with a few pops of pale color tossed in, “models” including a Jenner and a Gaga donned an edgy amalgamation of ’20s pin curl hair and smudgy goth eyes. 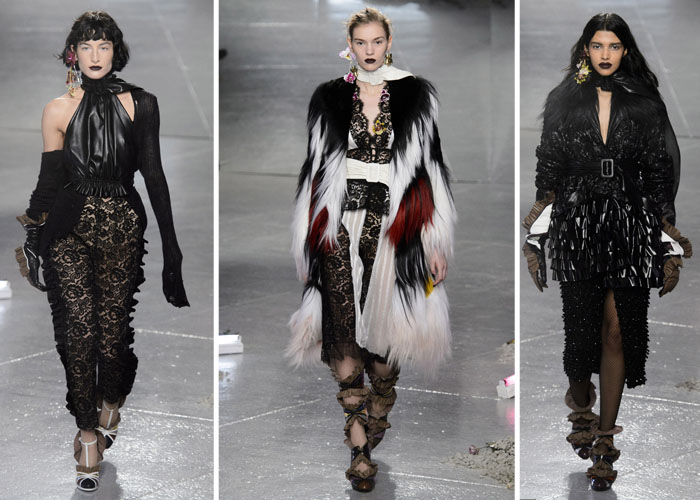 In celebration of Kate and Laura Mulleavy’s 10th Anniversary of Rodarte the duo paid homage to Berkeley, where they both attended college. While I may not be your hippie pot-smoking type, I appreciate a good flower power when I see one. Tapping into a floral fantasy land, mods walked to covers of Joni Mitchell’s “Both Sides Now” and Leonard Cohen’s “Hey That’s No Way to Say Goodbye” wearing ruffled leather, hand-cut floral pallets, and mesh and lace sequins. Juxtaposed to the majestic whimsy was a hint of grunge with ruffle leather jackets and leather halters with belted necks. Who says romance doesn’t have a dark side? 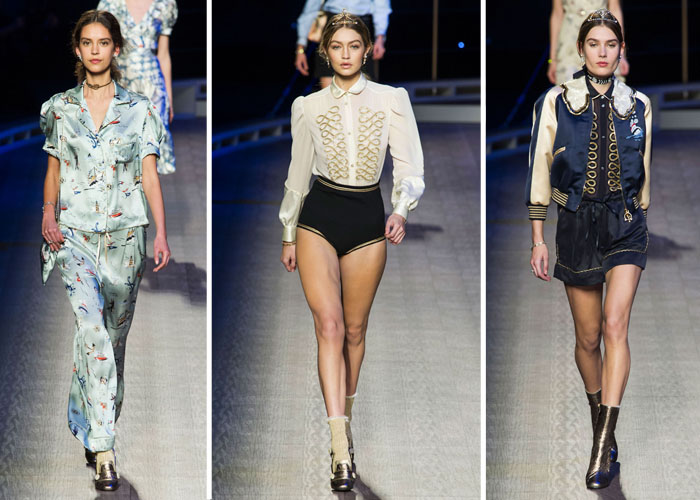 If you have a cruise liner parked on your runway, chances are I’m already on board…with the collection that it. One of the first designers shifting geared towards multimedia consumer-facing show, Tommy Hilfiger presented a show-now-buy-now Fall 2016 RTW (literally READY TO WEAR) collection. Never one for nautical motifs but always a good show theme, Hilfiger’s ’40’s slip dresses, printed frocks, cat-nap to street style silk PJS and frilly sock-and-shoe pairings spoke to me. Don’t quote me that I approve of sock-and-shoe pairings but when GiGi rocks it, topped with a tiara, I give it two paws up. 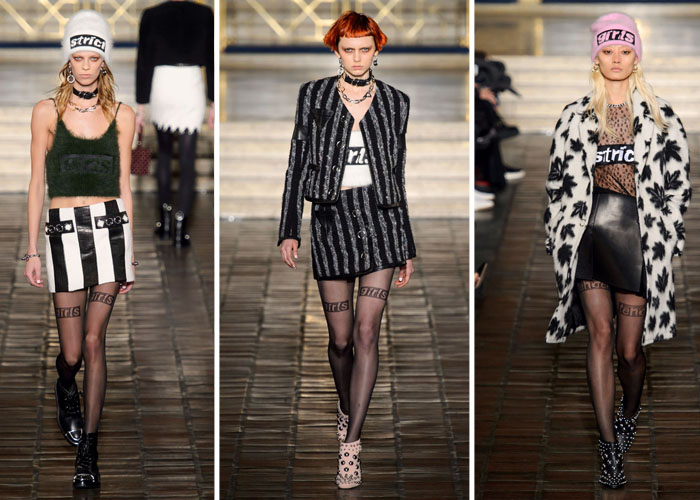 Who doesn’t love a good wang…show? Housed in Saint Bartholomew’s Church Alexander (we are on a first-name basis), played sinner to the saints. According to Vogue, the collection is being dubbed “Chanel Slut” and it’s clear why: tweed skirts and jackets were paired with metal-pierced leather, embroidered slouchy beanies, and declarative statement tights reading “girls”, “strict” and “tender”. Where were these tights when I was a young Catholic school girl? 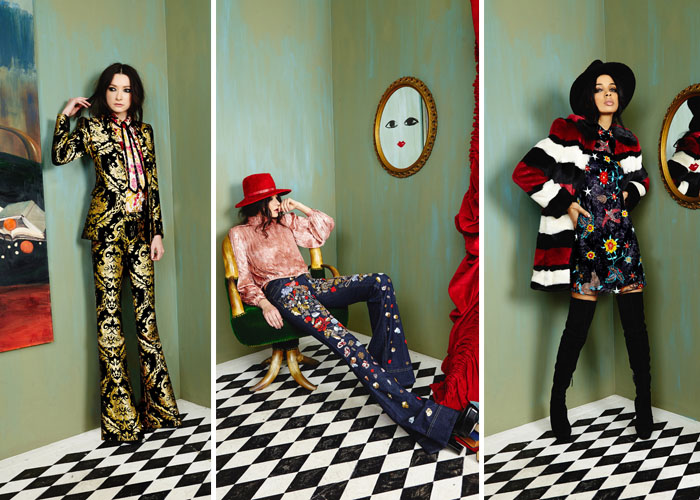 My spirit human is a 70’s hippie with bellbottoms a wide-brim hat and an oversized fur vest. This season Stacey Bendet channeled Penny Lane with flared trousers and bohemian dresses mixing funky prints and embroideries. Between the embroidered tweeds, rich metallic brocades, Lurex knits and pussy-bow blouses I don’t know whether to toke up or travel on the Almost Famous tour bus (likely, both). 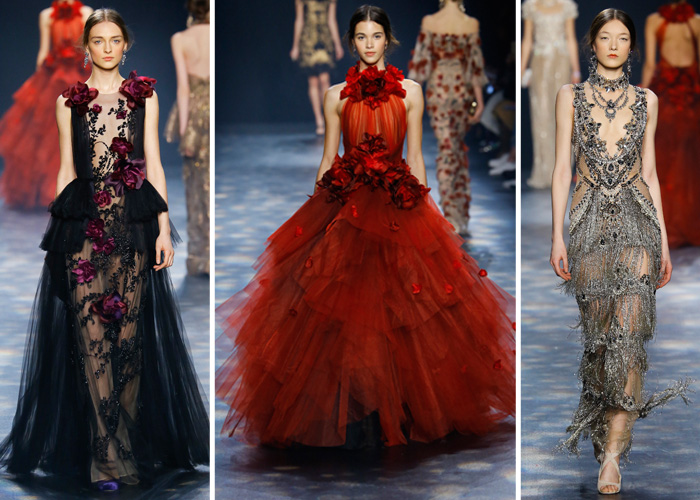