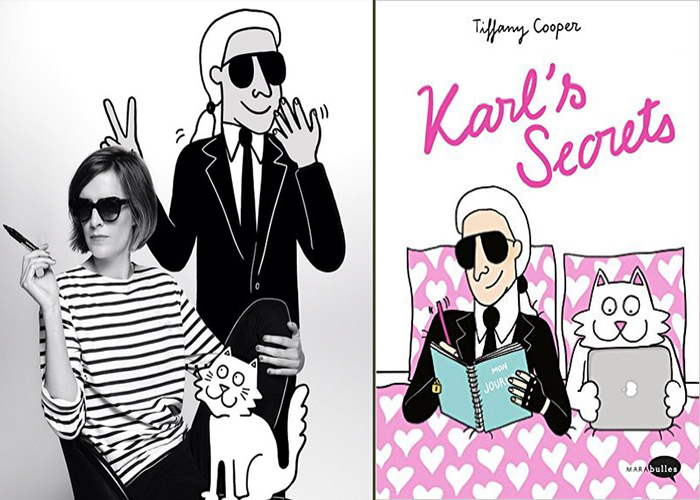 As you’ve heard by now, Daddy Karl Lagerfeld has teamed up with illustrator Tiffany Cooper for a collaborative collection,  which is all culminating in the book Karl’s Secrets. The book, is an “improvised biography seen through my eyes,” Cooper told WWD, and takes major events from Lagerfeld’s life and turns them into colorful, kitschy cartoons. 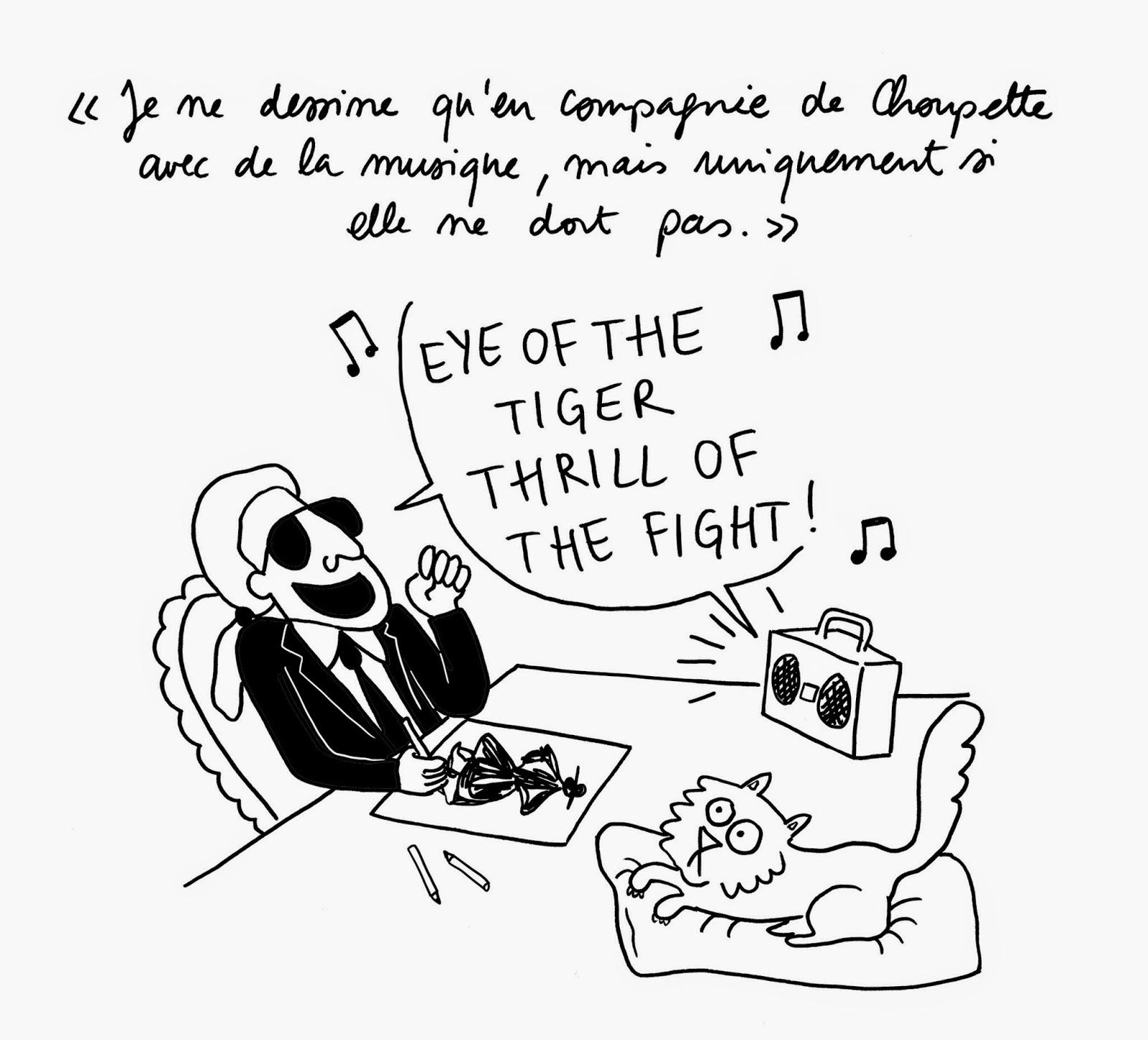 The book touches on the humorous elements of Daddy’s personality and of course I’m featured prominently. Since you don’t have daily heart to hearts with Daddy like moi, the hardcover, 144-page tome also spotlights lesser-known facts about the designer, which only I am usually privy to. A little sneak peek: Daddy draws with makeup, prefers to sketch in his pajamas and never cries. 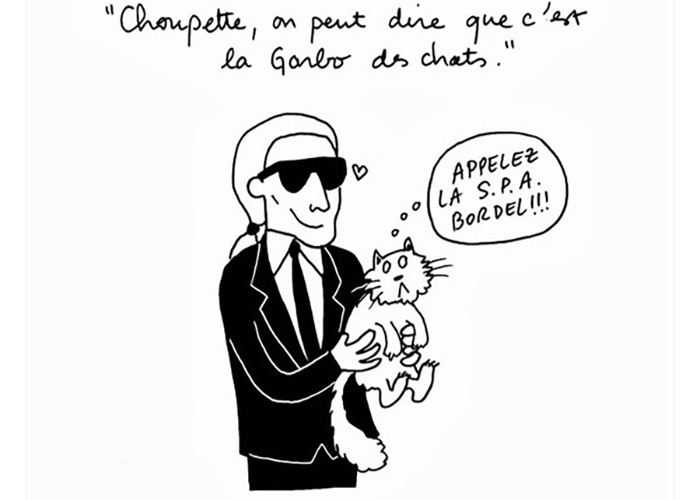 Karl’s Secrets was released in the beginning of September, published by Marabulles and retailing for about $20 or 17.95 euros.