Home Books Summer Reading List: PX Me. (How I became a Published Author, Got... 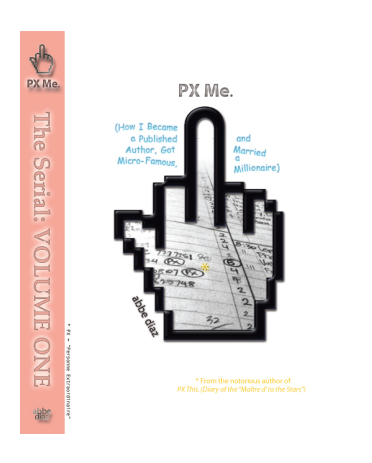 I always thought bathroom attendants, limo drivers, and doormen (or women) we’re the top people to interview if you’re looking for legit gossip on the city’s VIP until my introduction to Abbe Diaz. Now Maitre’d’s fall high on that list. As the former hostess of several trendy restaurants, Diaz collected a silver platter of dirt on the personnes extraordinare who often dined at these NYC hot spots and the questionable practices.

In her premiere book, PX This—Diary of the “Maître d’ to the Stars no celeb or restaurateur was safe from Diaz’s observations of their behaviors—the good, the bad and often the very ugly. It’s a lighthearted, and humorous account of her uniquely insightful romp through the nightly playgrounds of some of New York’s (and Hollywood’s) most glamorous and elite.

Now Diaz is back with the wildly entertaining sequel: PX Me. (How I Became a Published Author, Got Micro-Famous, and Married a Millionaire.) Just as in PX This, has taken her daily diary entries and published a ten volume eSeries to be released throughout the summer. Currently volumes 1-4 are available with the 5th edition launching later this week.

In the first three volumes, which span the year 2004, Abbe continues with her sharp, funny, and biting scrutiny of the well-fed and famous, but at the same time PX This is published, Abbe also gets “scooped” by Hue hostess Coco Henson Scales’ tell-all essay, “The Hostess Diaries: My Year at a Hot Spot” that appeared in the The New York Times, and was later included in The New Kings of Nonfiction book, edited by Ira Glass. It’s the veracity of Scales’ essay that comes into question and whether what occurred was actually true, but also the issue of how accurate The New York Times was in its fact-checking.

Enticed? PX Me. (How I Became a Published Author, Got Micro-Famous, and Married a Millionaire.) is available for $.99 cents per copy on Amazon.com. Learn more at: http://abbe-diaz.com/books