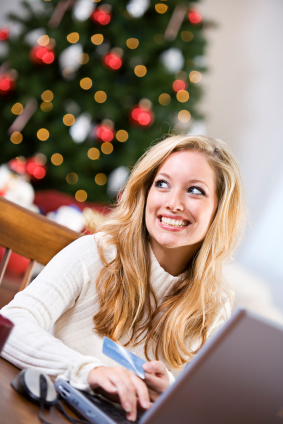 It’s amazing with all the advancements in technology and the increased competitive climate of the retail industry how much our shopping habits have evolved in the past years. Andrea Woroch is a consumer and money-saving expert and she shared these 8 shopping trends learned from the 2011 holiday shopping season with us:

1. Clicks Beat Bricks
This was the year e-commerce beat the pants off brick-and-mortar retailing. Although traditional stores did better than expected — up an estimated 3.8 percent — online shopping surged 15 percent over 2010.

2. Free Shipping Was Everywhere
Consumers clamored for free shipping offers and often abandoned their online shopping carts when such deals weren’t offered. That explains why nine out of 10 retailers provided free shipping during the holiday season. This prosperity no doubt will spill over into 2012, as websites like FreeShipping.org continue to attract bargain shoppers.

3. Free Return Shipping the Next Big Thing
Zappos and several shoe stores began offering free return shipping years ago, but this year even Saks Fifth Avenue and Neiman Marcus got in on the trend. According to a MarketLive study, 73 percent of respondents named free returns as a deciding factor in their online purchasing.

5. Dumbbell Shopping
Americans weren’t flocking to weight lifting; they were shopping early and late and avoiding the in-between, creating a dumbbell-shaped graph. As expected, buying surged on Black Friday by 6.6 percent over 2010 — a new record. Then last-minute shoppers hunting for the best deals gave retailers a 4.5 sales uptick in the week before Christmas, according to the International Council of Shopping Centers.

In fact, the post-Black Friday lull was even slower than usual this year. The two weeks after Thanksgiving weekend showed the biggest percentage in sales reduction since 2000. In the last two weeks before Christmas, sales surged once again by the largest rate since the 2005 holiday season.

6. Event Shopping
Black Friday and Cyber Monday have been joined in recent years by Green Monday and Free Shipping Day. There’s a slew of smaller shopping holidays, but these events drew the bulk of media coverage.

7. Gift Registries
In days of old, gift registries were pretty much restricted to weddings and baby showers. This year, Christmas-specific registries flourished, with lists from Santa’s Hideout and Checked Twice. Even gift cards have registries for nearly every event at Card Avenue.

According to the Harvard Business School report “Give Them What They Want,” “Gift recipients are more appreciative of gifts they explicitly request than those they do not. In contrast, gift givers assume that both solicited and unsolicited gifts will be equally appreciated.”

8. Dollar Store Deals
Consumers weren’t too embarrassed to hit the low-end shopping outlets, like dollar stores, thrift stores and pawn shops in an effort to save as much as possible. Many saw increased sales over 2010.

In fact, the National Pawnbrokers Association estimated there are roughly 13,000 pawnshops around the country that support a rapidly growing $6.1 billion industry.